.
• New records for 2017: revenue of around 748 million euros (+9.2 percent) and EBIT of almost 78 million euros (+17.6 percent)
• Target for 2018 is to increase revenue with further rise in profitability above previous forecast
• New Group strategy is based on more focus, innovation, and internationalization

The new strategy will enable a clearer focus on photonic technologies in all of the company’s initiatives and developments: “In a nutshell, this is Jenoptik’s strength and its core area of expertise: our photonics-based products and services provide our customers with the competitive edge they need. We’re going to concentrate our work on applications for attractive and promising photonic markets and continue to develop our business by focusing on ‘More Light’,” says Stefan Traeger. Areas of particular interest for Jenoptik will include information processing, smart manufacturing, sensing and metrology, as well as biophotonics.

The future organizational structure will shore up the focus on photonic technologies for high-growth markets and combine activities based on equal business models and a similar understanding of markets and customers. The OEM business will be concentrated under the headline “Light & Optics”, the business with the capital goods industry under “Light & Production,” and the business with the public sector under “Light & Safety”. “This leads to three divisions with shared technological competencies in photonics,” says the Jenoptik CEO. These competencies cover expertise relating to optics, sensors, imaging, robotics, data analysis, and human-machine interfaces. The activities carried out in today’s Defense & Civil Systems segment, which are based on mechatronic technologies, will be operated under a new, independent brand. “This will allow us to better reflect specific market and customer requirements in this business segment,” says Stefan Traeger.

For 2018, the first steps involved in implementing this new strategy, which is supported by Jenoptik’s Supervisory Board, include developing the divisions’ strategic trajectories in line with the Group strategy and implementing active portfolio management. Chief Financial Officer Hans-Dieter Schumacher: “Our business and reporting structures will accordingly change on January 1, 2019. Up until the end of 2018, Jenoptik will continue to report on the basis of its current segment structure.”

Information and preliminary figures for the segments

The Optics & Life Science segment ended the 2017 fiscal year with new revenue and earnings records, primarily due to a very positive pace of growth in the semiconductor equipment industry. Revenue rose 17 percent to over 259 million euros; EBIT improved significantly to more than 50 million euros (prior year 221.5 and 33.4 million euros respectively). Both divisions, Optical Systems as well as Healthcare & Industry, contributed to the segment’s growth in 2017. As part of the future strategy, these divisions will be merged. The combined business will continue to be a key OEM partner for customers in the semiconductor equipment, communications, and biophotonics industries with optical components, modules, and systems for applications.

The Mobility segment reported growth of around 9 percent, to approximately 270 million euros (prior year 247.7 million euros). EBIT came to just under 19 million euros, roughly 6 million euros below prior year (prior year 24.4 million euros), in particular due to one-off costs in a traffic safety project. As part of the revised strategy, the two divisions of this segment, Automotive and Traffic Solutions, will focus on attractive end-customer markets in the fields of industrial manufacturing, public safety, and infrastructure. The key driver of growth here is projected to be the combination of our expertise with modern sensor systems, imaging, and data competency.

Revenue in the Defense & Civil Systems segment exceeded 219 million euros in 2017, with an EBIT of around 19 million euros, matching the high levels of the prior year (prior year 218.3 and 19.1 million euros respectively). Going forward, the photonic businesses of this segment will be carved-out and merged with the activities in today’s Optics & Life Science segment. The non-photonic business will commercialize its products and services under a new brand name in future, in order to better position it in the market place.

Growth is to further accelerate in coming years

For 2018, the Executive Board confirms its original growth target, aiming for revenue to be between 790 and 810 million euros. EBIT margin is expected to be in a range between 10.5 and 11.0 percent, up versus prior forecasts of around 10 percent.

Jenoptik aims to see accelerated growth in the years ahead. By 2022, revenue is expected to show an increase in the mid- to high-single-digit percentage range per year on average. The EBITDA margin will also improve, to around 16 percent by 2022. Provisional calculations indicate the 2017 EBITDA margin to be slightly above 14 percent. “We want to outgrow our markets and gain shares in our market segments”, says Stefan Traeger. The mid-term growth targets defined in the new strategy include active portfolio management with potential divestments and acquisitions.

“Now that we’ve eliminated debt and established the Jenoptik brand, we’re in an ideal position to move Jenoptik into the next stage of its development,” says CFO Hans-Dieter Schumacher. With a sharper focus on photonic technologies, topics such as internationalization and innovation become even more important for the company: Jenoptik’s R+D output including customer-specific projects is due to grow to approximately 10 percent of revenue by 2022 (2017: approx. 8.6 percent).

International diversity will also distinguish Jenoptik more strongly than in the past. Stefan Traeger: “That means international teams and more decisions being taken locally.” There will be production facilities and local R+D teams in all key regions, and at least one division will be based outside of Germany by 2022. “We’re building on prior achievements and are now entering a new period of accelerated growth. Our strategic reorientation gives our employees and our shareholders a clear perspective in a strong company,” summarizes Stefan Traeger.

This announcement can contain forward-looking statements that are based on current expectations and certain assumptions of the management of the Jenoptik Group. A variety of known and unknown risks, uncertainties and other factors can cause the actual results, the financial situation, the development or the performance of the company to be materially different from the announced forward-looking statements. Such factors can be, among others, changes in currency exchange rates and interest rates, the introduction of competing products or the change of the business strategy. The company does not assume any obligation to update such forward-looking statements in the light of future developments. 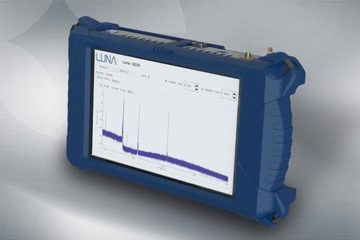